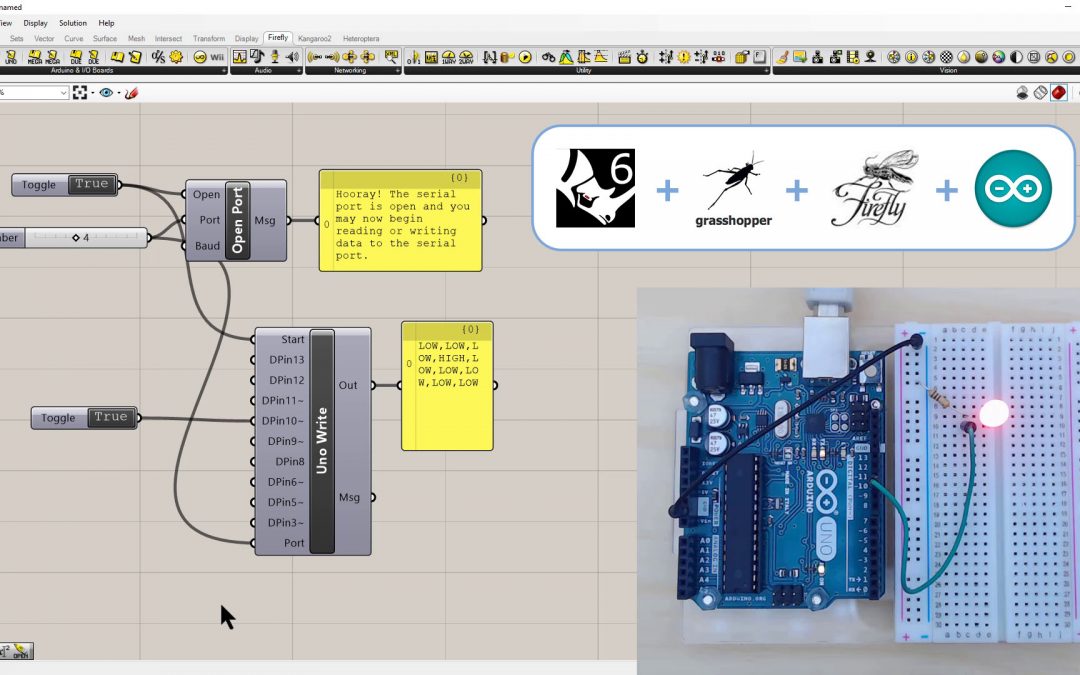 Getting started with Firefly by installing Rhino, Arduino IDE and Firefly. Test it’s all working by turning on an LED using Firefly and an Arduino. Fix the ‘WriteToDAC’ error. 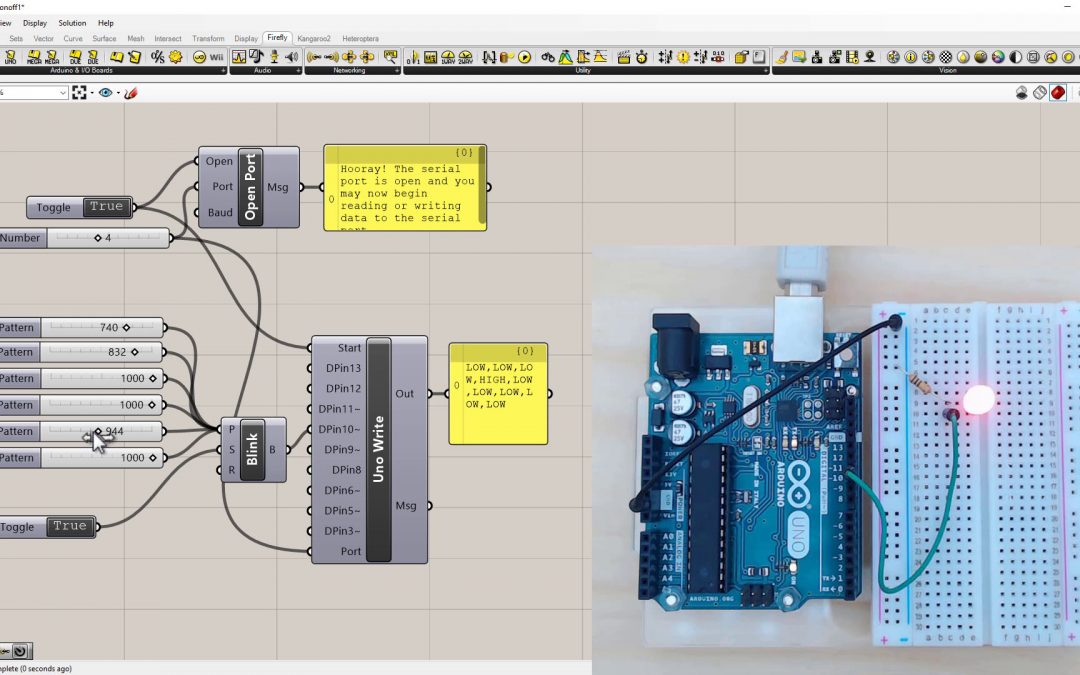 Control an LED in Firefly by turning it on/off and making it blink in a pattern. The same process is also shown in the Arduino IDE for comparison. 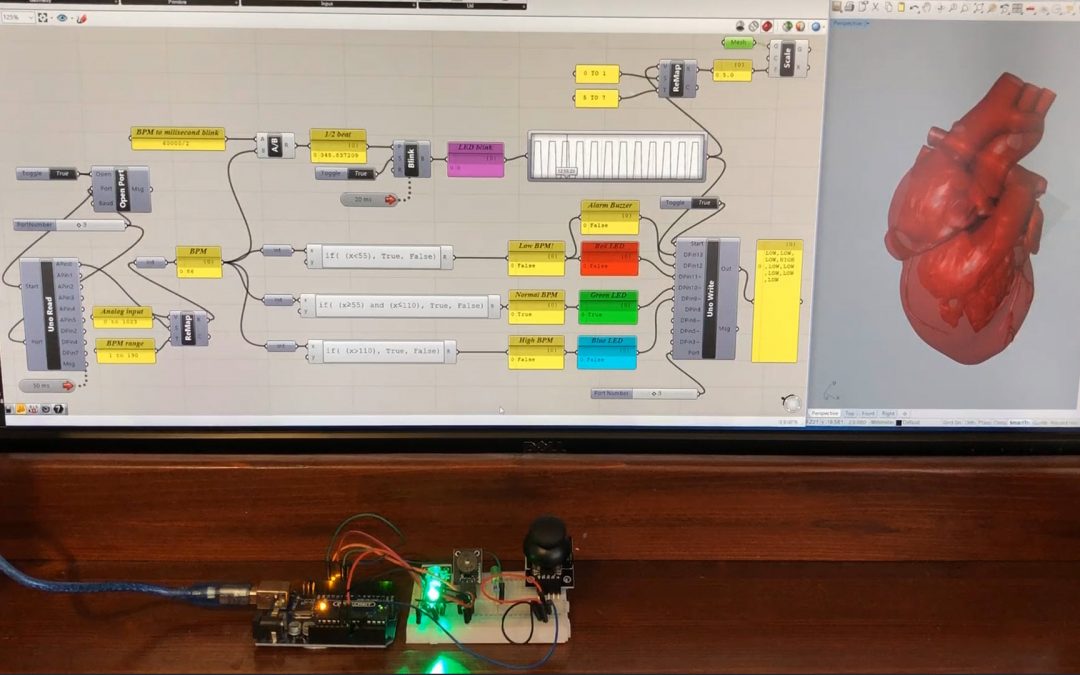 A basic demonstration of a simulated heart rate monitor using an RGB LED, buzzer and joystick connected to an Arduino via firefly / grasshopper.