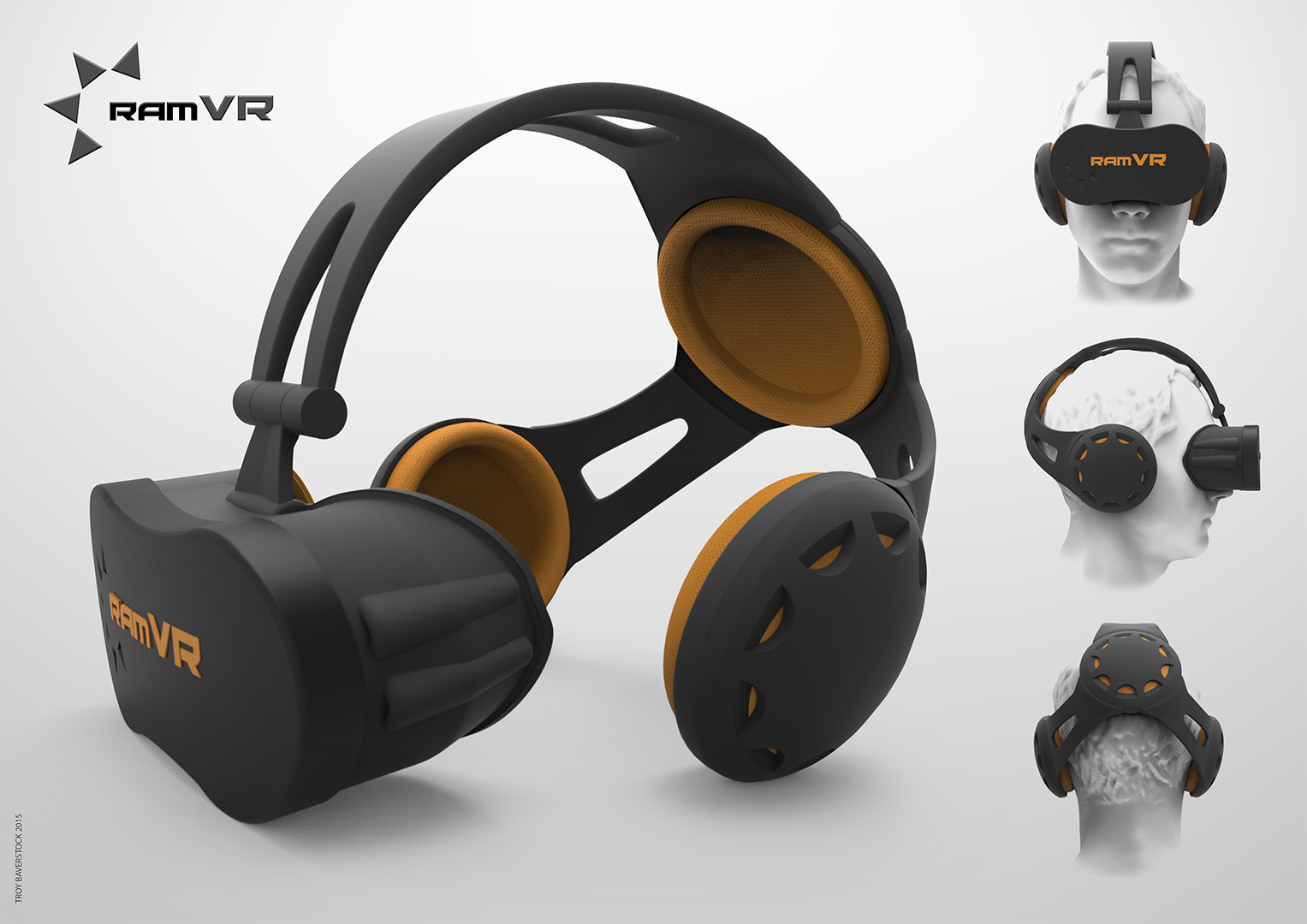 RamVR is a concept virtual reality headset customised to fit a individual’s head, reducing wearer fatigue while increasing comfort. A user’s head is first 3D scanned and the model adjusted to fit. Contoured goggles follow the lines of the face to apply even pressure and prevent light leakage. The sweep of the headset from the integrated headphones through the crown support and then toward the forehead provides balanced pressure relief and is visually reminiscent of a ram’s horn. 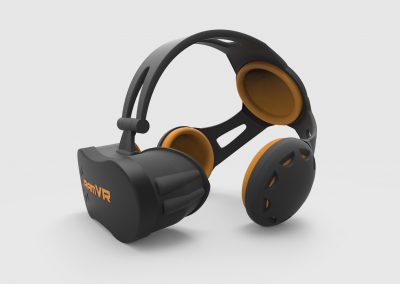 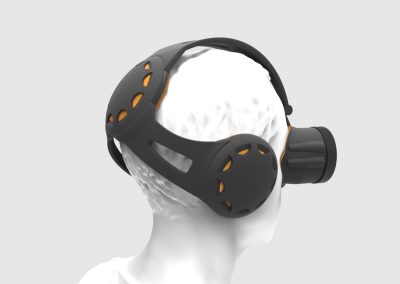 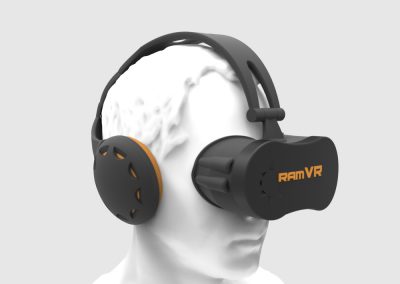 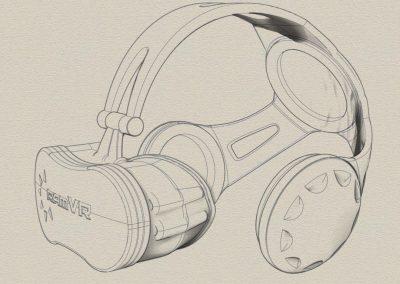 3D scans the user’s head were captured with the Artec Eva and Artec Spider handheld 3D scanners. Resulting point cloud data was merged, repaired and meshed in the Artec studio software. Further repair and symmetry analysis of the head mesh was conducted in 3-matic. The resulting model was imported into Rhino 3D where the headset was modeled around the location of the ears, eyes and crown. The headset face mask was modeled around the contours of the face for a custom fit. 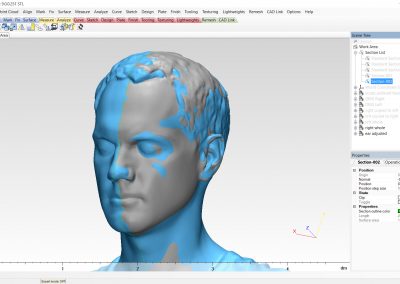 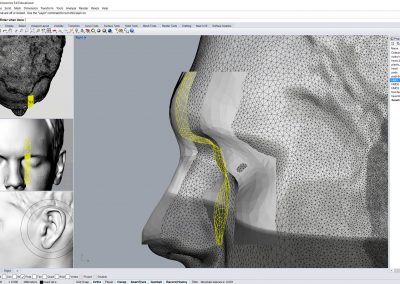 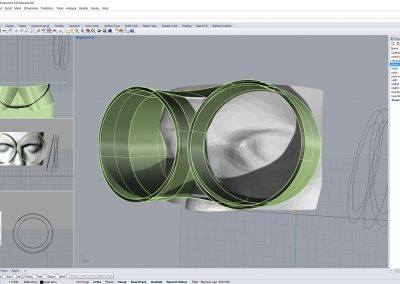 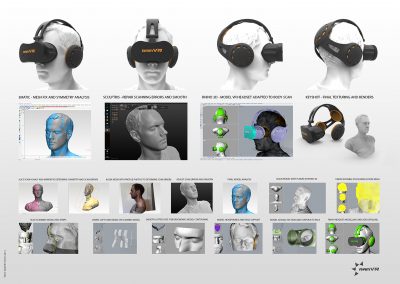