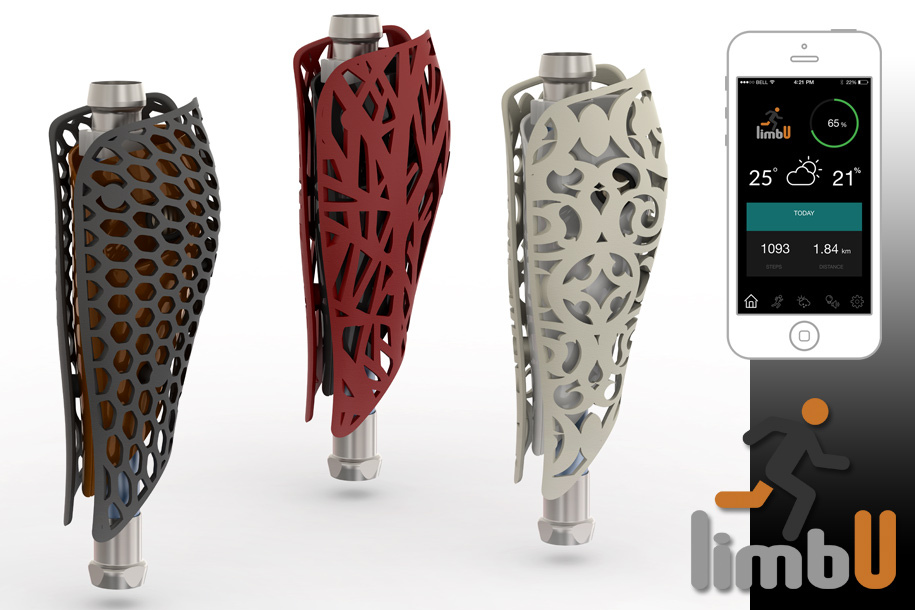 With few exceptions, prosthetic limbs have remained utilitarian in appearance and single minded in purpose. Despite promising advances in medical technology, prostheses that can match their biological counterparts are currently confined to the realms of science fiction. This limitation however does not restrict us from exploring new forms and functions for which the prosthetic limb is uniquely situated.

limbU is a 3D printed prosthetic device that moves beyond its aesthetic appearance to become a personal activity tracker, audio system, phone charger and medical diagnostic tool. Smart electronics in limbU connect with a mobile phone via Bluetooth to display the intensity, speed, and number of steps in a day. limbU also monitors altitude, direction, and GPS coordinates, along with temperature and humidity to provide a detailed image of daily activity. Motion sensors aid physicians in the rehabilitation of wearers, by tracking a limb’s, orientation and movement, helping to minimise potential problems with fit, adaptation and recovery. The interchangeable aesthetic covers and user controllable lighting, allow for unique ways to express one’s identity based on mood, style or occasion.

By leveraging 3D printing, the necessary customisation of shape, size and appearance become affordable and convenient. From industrial printers through to smaller home based printers the construction of limbU scales well, further reducing expense and increasing accessibility. limbU’s potential uses can expand and develop through its smart device, app based interfaces, promoting new and novel ways to interact with the surrounding world.

The absence of a limb can challenge our sense of identity and the current replacements offered are inadequate in all but rudimentary operation. limbU seeks to redefine a wearer’s relationship with their limb by allowing the opportunity to co-create its form and function to suit their personal lives. Through that form and function limbU endeavours to alter the perception of prosthetic limbs in the greater community, fostering an open dialogue of interest, familiarity and acceptance. 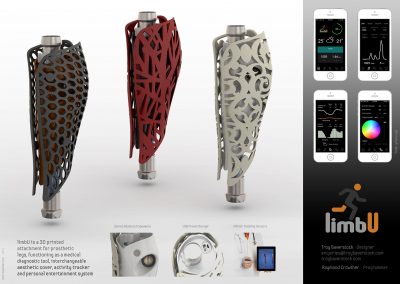 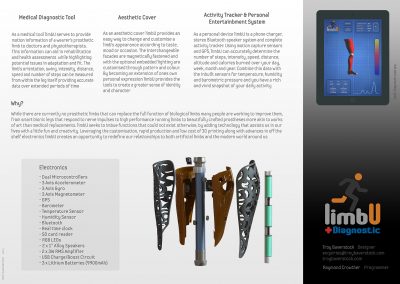 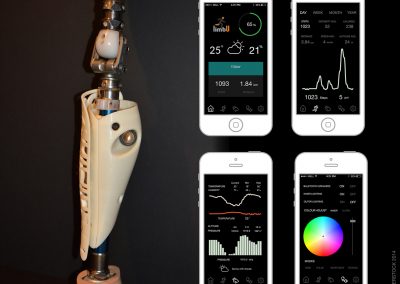 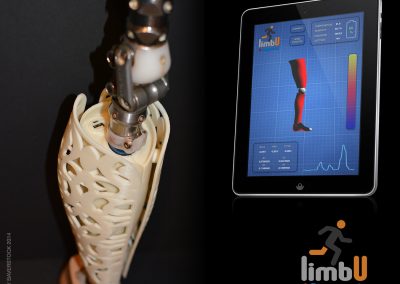 The limbU display was contructed for public exhibition and repurposed the limbU prototypes into a form that was easier to present and transport. The display has limited functionality, containing an amplifier for the interactive voice narration and internal lighting. 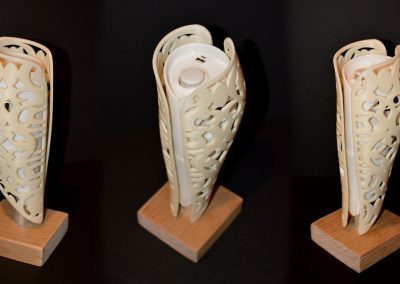 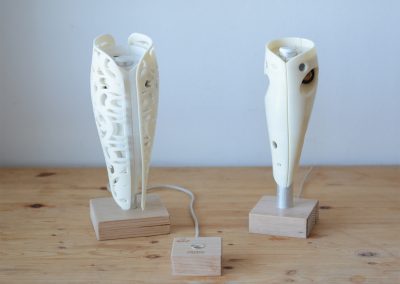 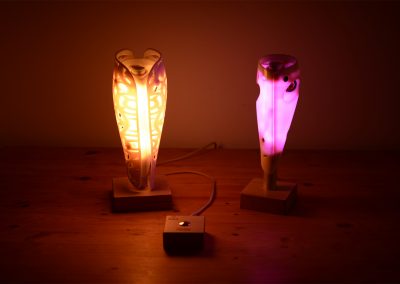 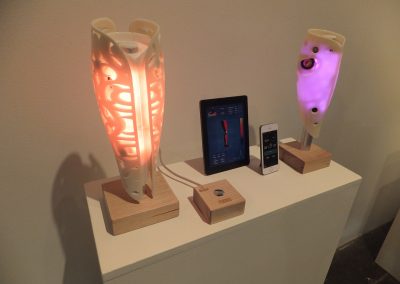 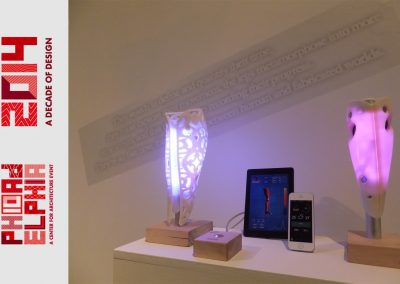 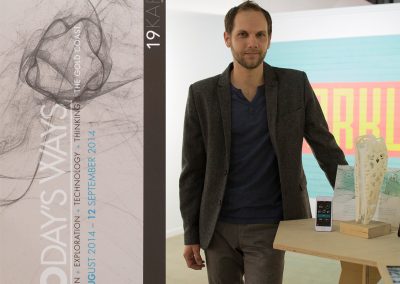 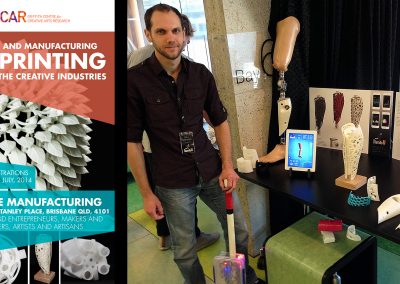 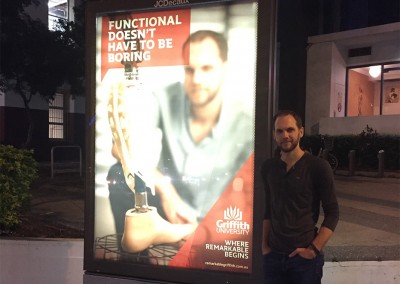 The limbU prototypes were constructed from 3D printed ABS plastic treated with acetone vapor to smooth and strengthen the surface. Two versions of the inner body were printed, one on a Stratasys comercial grade printer in two halves and the other on small hobby grade printers in four sections. The electronics were prototyped and iphone / ipad apps programmed to varying levels of functionality for experimentation. 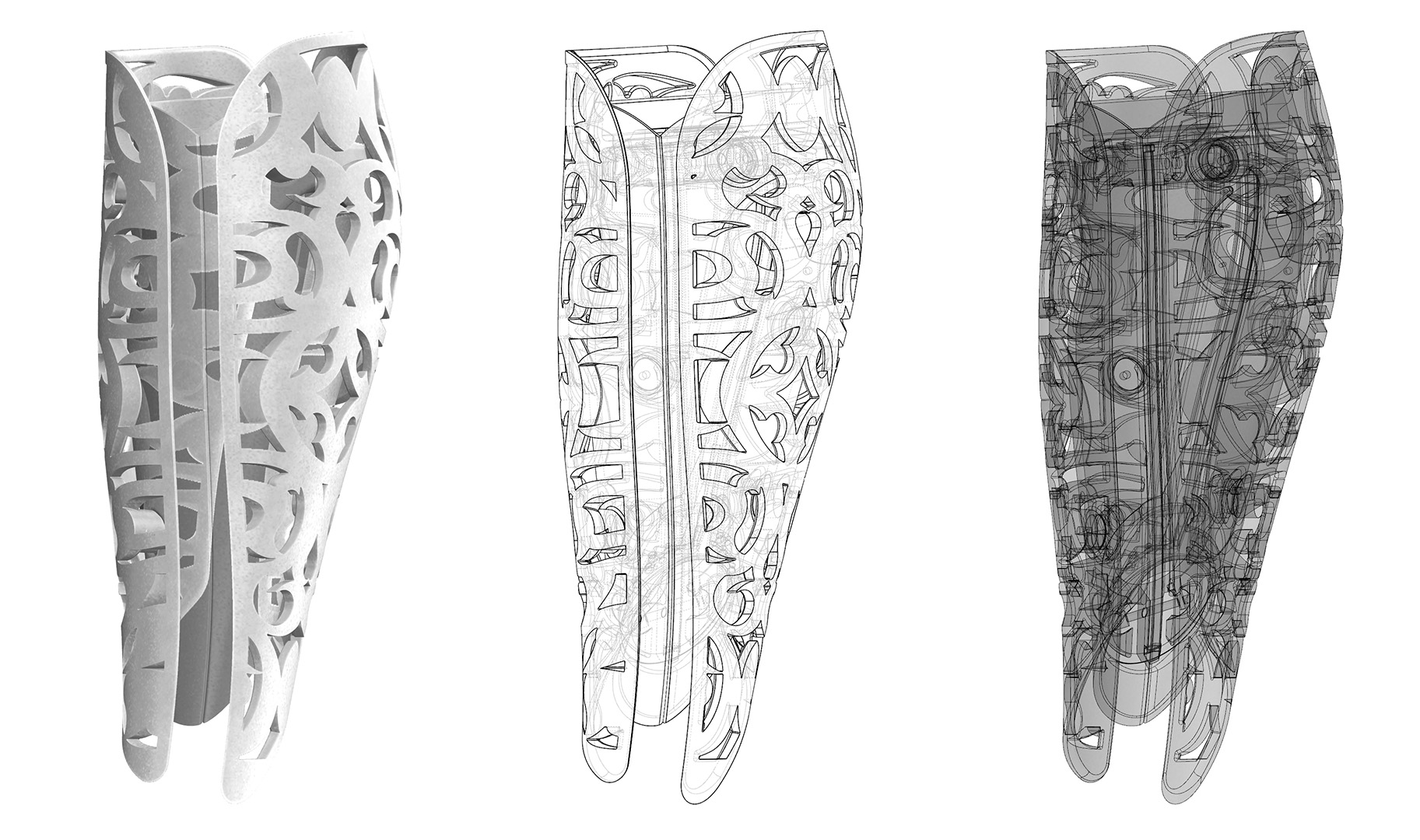 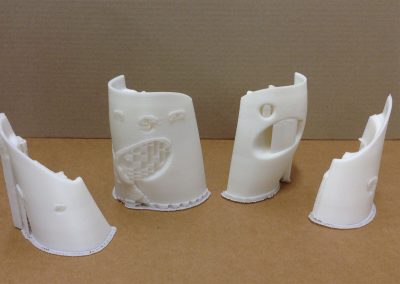 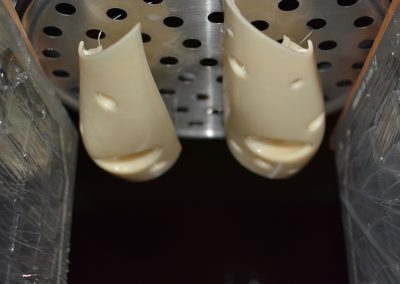 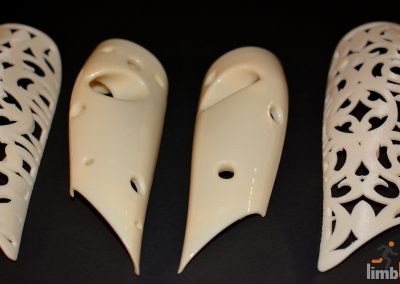 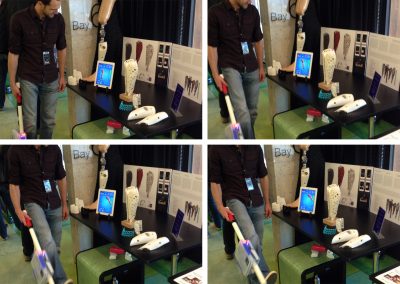